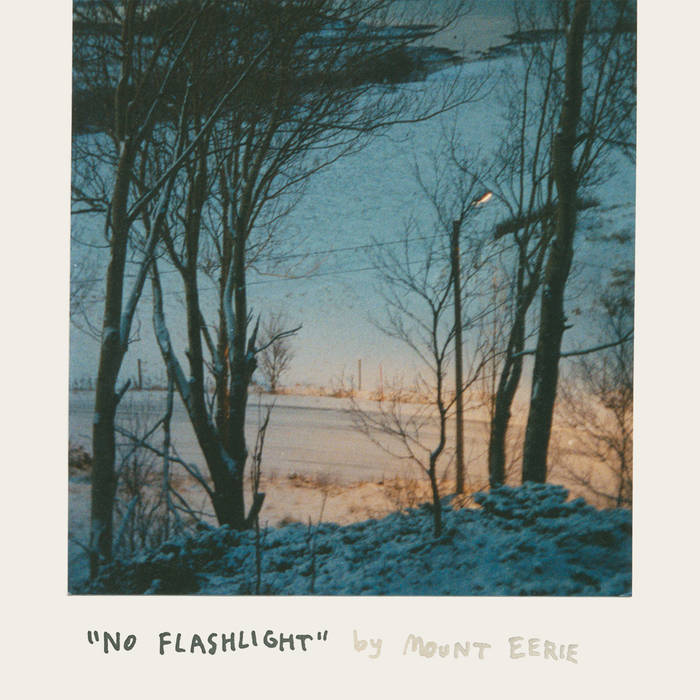 No Flashlight is athmosphere, melody, energy, melancholy, sound, rhytm and heart wrenching vocals. No Flashlight is songs about the nature of life and the nature of the universe, about living in guest rooms and in the world, about doubt and secureness and about howling to the moon. Song-writing, drone, rock, soul, pop songs and even one samba song. Nothing else sounds like Mount Eerie. A must-have Phil Elvrum album.

No Flashlight is the fifth album by Phil Elvrum aka The Microphones, his second album under his new name Mount Eerie and his first on Play/Rec. This European edition contains four bonus songs.

Bandcamp Daily  your guide to the world of Bandcamp

outré black metal, with a Victory Over the Sun interview and music from Liturgy and Jute Gyte.